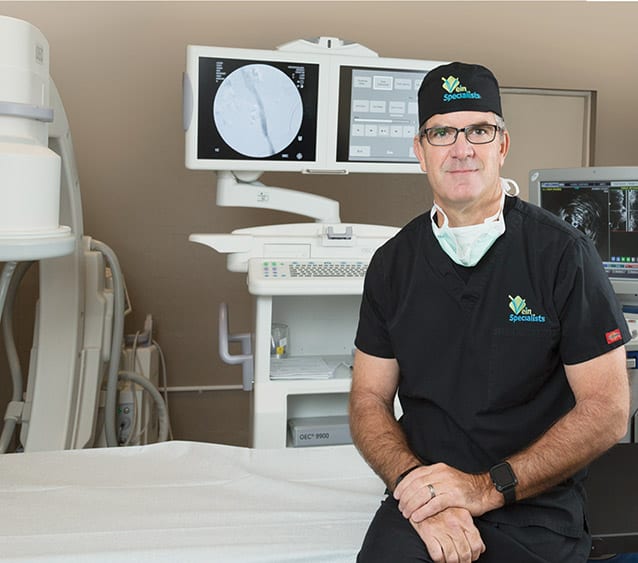 Dr. Joseph Magnant has been performing Radiofrequency and LASER endovenous ablation procedures since 2002. He opened Vein Specialists in Fort Myers in 2006 and in Bonita Springs in 2013 with the specific intention of dedicating 100% of his attention to the modern evaluation and minimally invasive treatment of the full spectrum of venous disorders. His fellowship training in vascular surgery and his 14 years of practice of peripheral vascular surgery from 1992 until 2006, enables him to lead a team of medical professionals offering patients a balanced and thoughtful approach to their venous problems. Their broad base of knowledge of the full vascular system (veins and arteries) puts Vein Specialists in the unique position of not only documenting the severity of venous or arterial disease but in having the professional experience to make the best venous treatment decision or arterial vascular surgery referral. Dr. Magnant successfully achieved the rigorous recertification in Vascular Surgery by the American Board of Surgery in 2014. Vein Specialists has been designated a Center of Excellence in Venous Care and physicians from across the country have been trained in endovenous ablation techniques by Dr. Magnant.