DEBUNKING The Myth Of Cankles 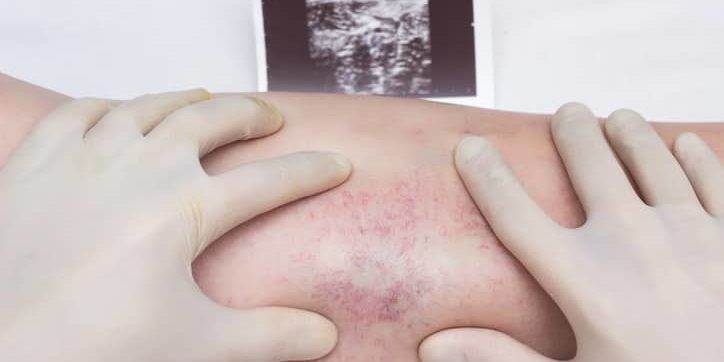 I have seen many patients with chunky appearing calves and ankles which have been self-described as their Grandma’s ankles or stovepipe legs. As I caught the last segment of an episode of the Dr. Oz show focusing on the treatment of “cankles”, I found it curious that Dr. Oz was missing VENOUS INSUFFICIENCY, in the differential diagnosis list of causes of “cankles”.

According to Dr. Oz, pregnancy, fatty foods, heart and kidney problems were identified as potential causes of “cankles”, although the mechanisms were not well described. I have seen many patients since that day who had no obvious signs of varicose veins, heart failure or kidney failure, nor were they pregnant but many had what I refer to as “cankles”. Most of these patients had ultrasound evidence of severe superficial venous insufficiency.

With an estimated 40-50 million adults in the U.S.. affected by treatable superficial venous insufficiency, a significant percentage of patients may present with atypical signs of vein disease, such as “cankles”. Patients may have to urinate frequently at night, often have to loosen their shoes as the day progresses, and may note restless legs when they lie down at night. Elevation eventually relieves their discomfort as the fluid trapped in the legs returns to the venous circulation.

This fluid is then processed into urine by the kidneys, stored in the bladder and often leads to frequent nighttime trips to the bathroom to urinate (nocturnal diuresis). This cycle often repeats itself daily due to increased venous pressure in the ankle area due to leaky vein valves, resulting in seeping of serum (water and protein) out of the thin-walled veins into the surrounding skin and fat (appearance of “cankles”) which progresses over the course of the day, until elevation and rest are possible.

I do agree with Dr. Oz that effective conservative therapy includes exercise, as this helps the calf muscle pump some of the extra fluid back into the venous circulation. However, unless the most common and treatable underlying cause of “cankles”, which is venous insufficiency is scientifically investigated and excluded with duplex ultrasound examination, I would not encourage patients to have liposuction of their “cankles”, as was suggested in the Dr. Oz segment on “cankles”.

Venous insufficiency should be considered an ultrasound evaluation completed earlier in the assessment of swollen ankles and “cankles” rather than as a last resort. Venous insufficiency is treatable with a minimally invasive procedure called endovenous ablation. With 20 years of clinical experience, endovenous ablation is widely accepted as an effective and safe outpatient procedure for the treatment of venous insufficiency, which has dramatically improved the lives of many patients suffering from vein related issues. Call our office at 239-694-VEIN(8346) to schedule your vein evaluation.